Do I have a right to the supply of electricity?

The supply of electricity has been generally taken for granted, but as a result of the current geo-political situation, this is a question that may become actual in the near future. It is also an urgent question given that no or limited supply of electricity will have a severe impact on the business continuity of most companies. Therefore, it is important for companies to be aware of their position and, where possible, take precautionary measures. We will discuss the applicable legal framework in The Netherlands, including EU legislation. The latter is relevant as the security of supply is one of the key focus points of the EU’s Energy Union strategy.

Fortunately, we do have another source of information which provides an indication which tools the Dutch government is considering. The Dutch Minister for Climate and Energy (Minister voor Klimaat en Energie) has recently informed Dutch Parliament (Tweede Kamer) in a letter about security of supply of gas for the upcoming winter (2022/2023). This letter is also relevant for electricity for three reasons.

First, gas and electricity are closely connected, and a gas shortage will translate into an electricity shortage (and vice versa). Second, this letter accompanied the National Crisis Plan – Elektriciteit (NCP-E) of the Ministry of Economic Affairs and Climate (see further below). Third, the letter provides an indication of the direction the Dutch government is looking at in a worst-case scenario (see also further below).

The system operators are responsible for the security of supply in The Netherlands. The Regulation on tariff structures and conditions electricity (Regeling inzake tariefstructuren en voorwaarden elektriciteit) stipulate in article 19 what actions the transmission system operation (TSO; TenneT in The Netherlands) should undertake to restore the balance on the net. As a measure of last resort, TenneT may scale down (afschalen) the energy supply to a customer. When taking this measure, TenneT may not discriminate between Dutch and foreign customers and may only apply technical criteria (article 20 Regeling). Moreover, TenneT should take into account the following order of priority: first, public order and security, public health; second, critical processes in the industry, utility and basic supply; third, other industries, public buildings, companies and consumers (art. 22(3) Regeling).

This Regeling may suggest that it makes sense to see whether your company falls within the first or second category, whereby the second category may be relevant for, for example, data centers. Although the relevance of this Regeling is probably limited in the situation where an electricity crisis is caused by fuel shortage, because the Regeling is mainly written for a situation where there is a temporary electricity crisis whereas the worst- case scenario we are facing may entail months of limited / insufficient electricity, the fact that the Dutch government recently approached forty-nine (49) of the largest industrial gas- customer to test the waters for a scaling-down of gas supply, suggests that it will be considered to be part of the toolbox. Gas is, however, different from electricity in that scaling down individual customers is technically not possible for system operators because system operators can only scale down at the level of distribution stations. This also means that it will be difficult to impossible to follow the priority scheme and, hence, falling within one of the more favourable categories is probably not going to help.

To demonstrate how serious and far reaching the Dutch government is willing to go, and, hence, how important it is to prepare for such a situation, we note that the NCP-E refers to the application of the Distribution Act 1939 (Distributiewet 1939). The Distribution Act 1939 was enacted just prior to World War II to distribute the goods effective in case of a war, the threat of war or any other extraordinary situation. The last time it was applied, was during the oil crisis of 1973. The Act explicitly stipulates that references to goods in the Act also include electricity. It provides that Dutch government with far-reaching power to intervene in the distribution of electricity. The application of the Distribution Act 1939 with respect to specific customers, however, runs into the same practical difficulties as the Regeling and, moreover, would require the Dutch government to declare an extraordinary situation comparable to (the threat of) a war, which seems still an unrealistic scenario.

Although the Dutch legal framework does provide tools to (temporary and/or fully) scale down the electricity supply to customers, practical and legal barriers seem to stand in the way. The fact that these tools are being considered, however, should be pre-warning enough to companies to prepare for the scenario that the supply of electricity is (temporarily and/or fully) scaled-down.

As GC you may consider to assess what the regulatory position is of your business as energy user, how critical energy supply is for the continuity of business operations, what contractual arrangements are in place in terms of pricing and supply in case of interruptions of energy supply and to explore and implement decentralized energy production and storage. 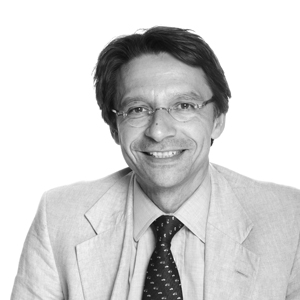 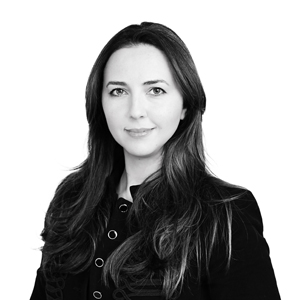