In the management structure of global companies the de facto management of the Dutch company may in practice be in the hands of the (ultimate) shareholder. This business practice is often part of a matrix organization, in which the decision-making process is determined by the specific business activity, irrespective of the location or country.

Certain decisions made by a shareholder, even if they are not made as such by the management of the subsidiary for which a works council has been set up, may nevertheless be deemed to have been made by that subsidiary. A clear understanding of the effective decision-making process in global organizations and the effect on requirements in the field of employee participation is key for steering that process in the right legal direction; and therefore for the General Counsel who provide for the legal guidance of management.

In Dutch employee consultation processes the concepts of “attribution” and “co‑management” are distinguished. Both concepts refer to intergroup relations.

The concept of attribution does not directly relate to the employee participation/works council structure at a Dutch company. Attribution of shareholders’ decisions relates to the management of the subsidiary and the de facto interference by the shareholder in the Dutch business activities.

The concept of attribution applies to a situation in which the decision that has been made by a group company interferes in such a way with the business of the Dutch subsidiary for which the works council has been set up that – for the purpose of employee consultation rights – it is deemed to have been made by the subsidiary. In that case the subsidiary is required under the Dutch Works Councils Act to present the proposed decision to the works council for its advice or consent.

The concept of co-management applies to a situation in which the group company has in practice a systematic (ongoing) influence on the decision-making process regarding the business of the Dutch subsidiary in such a way that it can be deemed to co-manage the company. In the case of co-management the works council may claim its right to be informed and its right to be consulted at both the co-managing company and the Dutch company. Please also note that case law on this concept often relates to circumstances in which the Dutch management has been involved in the decision-making process to a certain extent. But legal authors generally assume that the works council can claim its right to be consulted even if the Dutch management was not involved in the decision-making process. In that case the shareholder and the company must jointly present the proposed decision to the works council for advice or consent.

Case laws shows that, in practice, works councils do claim attribution of shareholders’ decisions to the company for which they were set up – and therefore the right of advice or consent.

If the shareholder refuses to observe these rights, the works council may take legal action, in which case the following applies.

If the decision is made without the works council’s advice being requested in accordance with Section 25 of the Works Councils Act, the works council may inform the shareholder in writing that:

Is a decision subject to Section 27 of the Works Council Act and taken without the consent of the works council, the decision is null and void if the works council invokes this nullity within one month after being notified or aware of such decision.

Under Dutch law the consequences of non-compliance with the rules on employee participation may be drastic and may include the obligation to withdraw a company’s decision in whole or in part or a ban on implementing such a decision – quite a unique outcome in the global legal landscape. It is worthwhile to keep a close eye on the effective decision-making process in group structures and to address any discussions related to employee participation at an early stage. Transparency and effective communication are key. The General Counsel will play an important role in steering this process in the right legal direction. 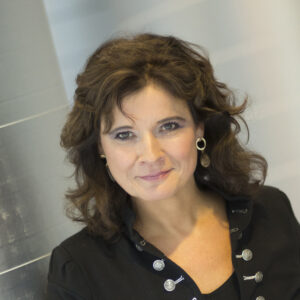 Eugenie Nunes is a partner in Boekel’s Employment Law practice group, specialising in employment law and employee participation. In her practice she focuses on legal project management in outsourcing and transfer of undertaking projects, HR compliance, reorganisations and cross-border employment. An important component of her practice is advising on the employee aspects of mergers and acquisitions. She is also regularly involved in advising in disputes on employee participation and collective bargaining agreements.